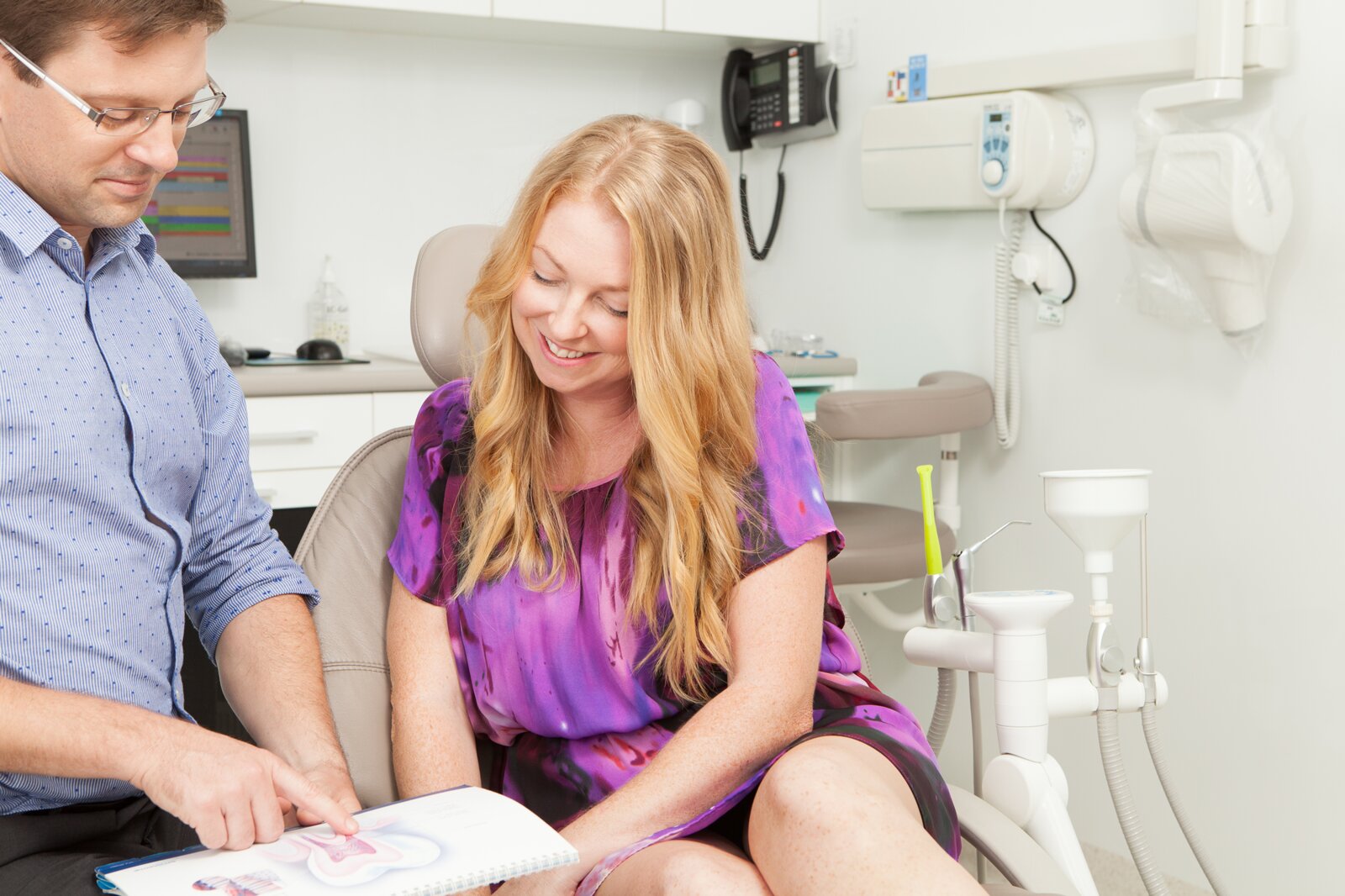 The way in which periods may affect your teeth and gums are quite varied.

You could find that about three to four days out from the start of your period that you experience increased soreness in your mouth, with your gums swelling and becoming more prone to bleeding. This is caused by increased amounts of hormones such as oestrogen and progesterone in your body and an accompanying build-up of plaque.

You may also develop a temporary form of gingivitis, which is characterised by redness and swelling of the gums and sores that appear on your tongue and inside cheeks. Fortunately, it usually disappears once your period starts.

On the other hand, you may find you experience little to no ill-effects at all.

However your mouth reacts to your period, the best advice is to keep brushing and flossing as normal. If you experience increased sensitivity or soreness, and are tempted to pull back from your usual oral health routine as a result, see your dentist who can suggest the best way to handle brushing and flossing during these hormonal fluctuations.

While you can undergo dental treatments at any time, there is an emerging school of thought that says certain dental treatments are best carried out at particular times of your period. For instance, the increased gum puffiness and inflammation of your gums means that a professional cleaning by your dentist will be most comfortable about a week after your period ends. Similarly, you might find that the days right after your period is the least sensitive time for you to get a filling or have a tooth extracted.

If you're on oral contraceptives ("the pill"), which contain progesterone, you may find that the increased levels of the hormone in your body trigger the same kind of gingivitis often seen in pregnant women. Known as "pregnancy gingivitis", it's marked by swelling and redness, caused by increased blood flow to the gums. It will be pronounced in the first few months after you go on "the pill" and if it worsens, it's a good idea to look at an alternative. Always make sure you tell your dentist when you're using contraceptives.

This information is courtesy of the Australian Dental Association.